My Case Against #MeToo Crusade 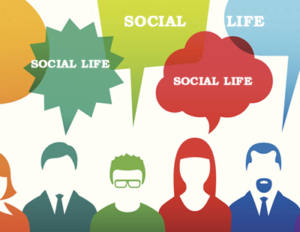 Folks, I have promised to myself that I am not going talk about politics here as it is very sensitive area where people clash with each other due to the opposite views on various issues in accordance to their beliefs.

However, one area stands apart, and I can’t be passive and not to raise the concern.

As, you know, all across the world, the new tendency against men’s sexuality spreads like a fire with a #MeToo crusade.

Yes, guys, it is now a reality of everyday life not only here, in the U.S., but also in many democracy-based countries including even Israel.

Here is a story of one businessman. About a month ago, he was sent to the business trip together with the woman, his co-worker — nothing exceptional in that company. During the discussion with the company’s partners, he has realized that she was not ready for discussion and, in many cases, has revealed her incompetence. The guy has figured out that he cannot rely on her, and, on the way home, he has expressed the concern about her knowledge.

“In this case” she said, “I also have something to tell you, too. I am very displeased with your behavior during our business trip, particularly, what you have allowed yourself with me…”.

In short, she has clarified that if he will say anything negative about her job performance to their boss, she will reveal that the guy sexually harassed her.

In fact, there was absolutely noting like that! They had two dinners together in the restaurants where they talked about their families, and nothing about intimacy.

Suddenly, the guy has realized that after beginning of that damned #MeToo campaign, even such an innocent conversation can be turned against you. Women got a powerful weapon to manipulate men, and they began using it shamelessly.

You can’t believe how it changes working relationships inside of a company. Instead of concentration on completing many professional tasks, discuss them with women co-workers at the same level, many guys are concerned about choosing the words, so, god forbid, they will have double-meaning. And that double-meaning can be a cause to sue the guy for harassment.

I can tell you even more: many folks began avoiding any work with women and prefer to work with men only!

It is also understandable that, in our time of political correctness, you cannot openly announce that you do not wish working with women. I will wonder how many hours will be left until HR person will show you the door.

All of the above will hit back earlier or later because the same HR will quietly avoid hiring women, especially the cute ones, just to evade a potential problem. Even if the statistics says that about 80% of the sexual harassment cases are being closed due to the lack of reasonable proof, the reputation of the company matters.

If you think I am completely against #MeToo movement, you are wrong. Just imagine that your wife, daughter, or girlfriend is being harassed by some jerk at work. You would be ready to strangle him with your own hands, don’t you? However, this movement went out of normal proportion!

Some ladies use it to strip money from the wealthy men who they dated 25-30 years ago. Others use it to punish man for something they think he did wrong or just push him out from the competition. Should I provide the examples?

The relationships between co-workers became unhealthy. It was a tradition to say the lady a compliment that she looks good today, shake the hands, or offer to bring a cap of coffee when you go to the coffee machine. Now… it’s better to stay away.

It is a known fact that some woman used their sexuality to advance their career. Now, when the man manager invites the woman co-worker into an office to discuss the business, he would keep the door opened or would invite the third person to be present.

Our media is always happy to announce about the next sexual harassment scandal but never attempted to show the other side of the medal.

In the light of #MeToo crusade, you guys keep in mind of what I said here when you think about dating a girl from your office. God forbid, you are her manager…. Better go to the library, shopping center, or a bar to find the date.

I am going to post some other thoughts about men’s social life  for discussion. Your input will be appreciated.

What to do now? Read the blogs by choosing the Categories:

This site is for informational and educational purposes only and should not be construed to constitute professional advice. Nothing contained herein shall constitute a solicitation, or endorsement. I am not affiliated with, nor do receive compensation from, any company. My apologies for any spelling mistakes (although, I have used the spell checker) or my writing style if it is not up to your taste. I am going to use my numerous notes from various articles, and if I did not specify the source, my kudos to all those authors whose thoughts I have added on the pages.