About Greta Thunberg and global warming

I have to share an article with you that a friend of mine has translated. It is about the craziness around the world about the cause of global warming. Yes, we are concerned. Yes, we see what's going on around the world, however, when common sense is out of proportion, we should not blindly follow the crowd. The article below confirms it. In the end, I have added more to the discussion.

A little more about those who turned the brain of this unfortunate Swedish girl with their fight against global warming and brought it to hysteria and hunger strike.

Sweden, in which she lives, contributes to the destruction of the planet, too. Like all of Europe. Like the USA, Canada, Japan, and other countries of the first world. In developed countries, garbage is collected separately, they don’t dump production waste into the forest or ocean, they don’t shoot rare elephants, which are only thirty in the world, they don’t throw garbage into rivers and they don’t do barbaric fishing.

All this happens only in third-world countries. Mumbai alone pollutes the ocean with plastic in a way that probably the whole European Union does not.

There is one completely guaranteed way to stop the barbaric pollution of the planet by third-world countries.

If you are guaranteed to want to stop the cutting down of the Amazon forest, and local governments are not able to do this, you send troops into the Amazon, declare it under international protection, and establish international sovereignty over it.

If you are guaranteed to want to stop the destruction of rare elephants, you send troops, remove governments and establish your sovereignty over the elephant’s range.

If you want to stop the growth of a large plastic spot in the Pacific Ocean - you send troops to Mumbai and declare a local tradition of throwing shit into rivers and burning your dead in them, followed by sending all this to the ocean - outlawed.

This is called colonization.

This is a guaranteed way to solve the girl's problems.

Do you want to do it?

That's why I'm not so sure.

That infantile Swedish socialist leftists who raised her like the flag and began to drag around the world like an icon — that would completely destroy the psyche of this unfortunate child — would be drowned from hatred if you offer them to create an armed detachment and send it to protect the lungs of the planet. And even more so to enter into it themselves.

Well, they will kill you - in the literal sense of the word - if you propose that they limit the right of Afghan peasants living in the fourteenth century to cut off the noses of their ten-year-old girls because they jumped out of the house without a scarf. Because there is nothing holier than democracy. And human rights. Even if this person cuts his children’s noses. Or, having arrived in Sweden, he beats his children with a computer cord, for which he is evicted from the country, and another half-witted Swedish activist stops the plane with deportation so that he can continue to beat and mutilate his children in her country.

Rangers in Africa have been catching poachers who killed elephants, and now they are judging - no, not poachers. Rangers.

And in the forefront, of course, are the socialist infantilism of all countries.

Wherever global corporations come, the environmental situation is only improving. It has never happened before that the same “Ikea” came somewhere - and there the thrash and hell began.

For some reason, The infantile socialists are fighting not with those who throw the contents of the bin directly into the rivers, and six-year-old children are swimming on these jams of shit in boats to collect plastic scraps and hand them over for a dollar a day for recyclables - they will fight with "Ikea" and other capitalists who enslaved the world.

And here I have a question.

Tell me, you, assholes, why didn’t you bring the girl to Iraq? Tell them that they shouldn’t set fire to Kuwait’s oil wells? Not North Korea,  to tell them that they can’t conduct nuclear tests? Not Russia, to say that they can not burn half of the neighboring city of Kirkenes with emissions from nickel mining, or not to Nigeria, not to Chad, not to Indonesia, not to Colombia, and not to other wonderful countries, but to the United States, where for a package thrown into the ocean you will just be sent to jail for a month to think about global warming?

I don’t mean that these morons should drag the child to Iraq, God forbid. Although I have no doubt that they will turn the girl’s head completely crazy, and, in the end, will end up with some kind of struggle for Palestinian freedom against Israeli fascism -- it always ends there -- and the unfortunate girl will go to the Democratic Republic of the Congo to fight for the rights of poachers, where, in the end, they’ll cut off her head.

Do you want to stop the pollution of the planet, ninety percent of which is contributed by China, India, Russia, Brazil and the entire African continent?

Then what the hell are you doing in the United States?

If you wanted to see what brain-melting looks like, then this is it. When adults, instead of sending a child back to school, drag her on a yacht across the ocean, where she tells from the podium of the League of Nations that she does not go to school due to global warming ...

Populism and snotty inability to make decisions everywhere, in every gap.

Don’t worry, everything will be in order with the planet Earth. Planet Earth survived a collision with Thea, at least two complete icings periods of at least a million years each, the Carboniferous period, the eruption of Yellowstone, the Yucatan meteorite, Siberian traps, and thousands of other disasters that we never dreamed of. She will digest all our plastic and emissions for some ridiculous ten thousand years and will not even notice.

This is like the end of Earth but humanity.

And with the Earth, everything will be fine.

And after 65 million years, she brings forth new intelligent life forms.

And I'm not at all sure that this is the worst-case scenario.

And I am really sorry for the girl. Her life and psyche will be completely broken.

Matt Taylor, former Corporal at Royal Marines (1999-2009)
Answered Sep 6 on Quora
Lots of activists in here, let's introduce some balance to the debate, shall we?

I think only a small number of people deny climate change, and the vast majority of people that have issues with those on the far-left are not climate deniers, but rather climate pragmatists instead.

I’ll say the same of the far-left too, of course, I don’t think the vast majority of people on AOC's side of the aisle are saying completely crazy things either. 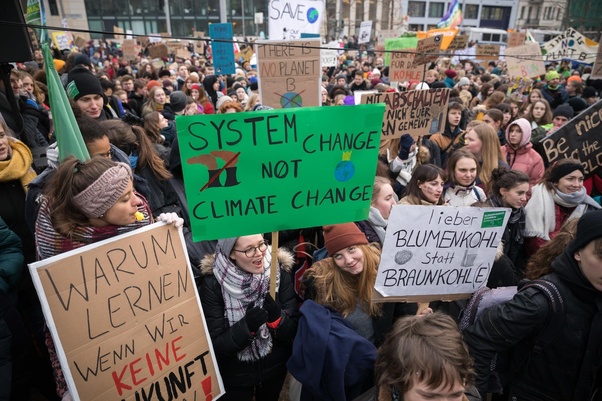 “Bulldoze all the airports! Treat butchers like drug dealers! Forcibly release all the chickens so the roosters can’t rape them!”

If you are a lazy bastard and don’t like reading, you can watch this video I made after I had a lengthy argument with two dirty hippies.

Otherwise, feel free to read on.

The short version of my ire with climate activists is simply this.

While debating the issue of Greta Thunberg with some foul-smelling activists, I happened to stumble across some data.

Having children is bad for the environment, say, researchers

I’ll try and keep it succinct, but basically, researchers from Lund used very easy-to-measure metrics to conclude just how much carbon the average person produces in a year.

Here are the key data.

One fewer child per family can save an 'average of 58.6 tonnes of CO2-equivalent emissions per year

I also found this grimly amusing, considering how much people go on about bloody recycling.

So.. let's digest all of that and sum it all up with three simple sentences.

I can add loads more arguments too.

Apparently when you let people from the third world into the first world, their carbon footprint triples in size.

So how do those of the far-left square that circle?

We have to lower climate change, but we also have to let lots of people move to the first world, and overnight, have a climate footprint three times larger?! 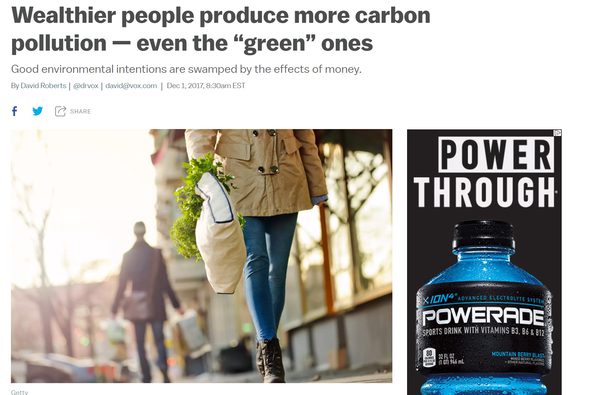 “Leonardo Di Caprio only has a climate yeti-print 400 times larger than yours you working class scum, how dare you eat a chicken nugget!”

And how can we deny those in poorer countries the same rights and privileges that we had to make our economies strong?

Is it moral for wealthy people in Denmark and Germany to deny basic freedoms to those living in much worse conditions? 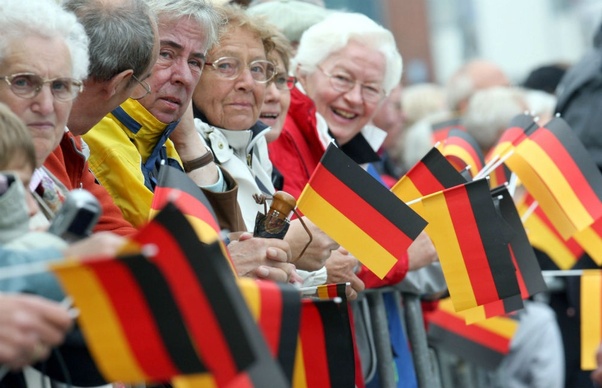 “Sorry Indian villagers and Chinese peasants, we used fossil fuel for years but you’re going to have to get used to living in shit you selfish bastards!”

It seems a tad unfair to me!

Anyway, I could go on all day, the arrogance and ignorance of so many of those on the far-left, is easily the equal of those on the right that denies the existence of a problem, and the surety of both sides galls me.

I don’t deny the problem, not for a moment. But I definitely deny the solution.

Because the numbers don’t lie!

If you like what you read and want to be notified about future articles, please subscribe for FREE (at the bottom of a page)
CategorySocial Life
Tagsglobal warming greta thunberg