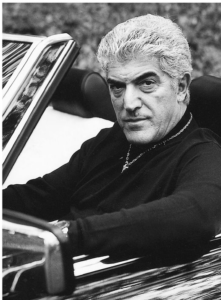 Why SELF-CONFIDENCE is so important

I was mentioning self-confidence as one of the major qualities of a man's man in several posts.
What does this term mean and why it is so important?

I would describe self-confidence as the solid base that is built in your mind about your own personality and position/place in this world.
It is a state of your mind.

I just had a phone conversation with my son who has expressed his frustration with his abilities to invest in the stock market and get at least some gains. He has mentioned that those who run the market have the advantage over the regular investors, and this is a reason why he is not sure he wants to continue considering his losses.

Have you ever felt your confidence drain away? Or, perhaps, you have a quiet inner critic inside of you that tells you’re not good enough? If your answer is “yes”, you should know that you are not alone. You are not alone especially if you are challenging yourself to do something new or different like stock market investing or pursuing the dream of your own business.

The quiet inner critic who kills your confidence is the one who prevents you from getting consistently great results, no matter what level of intelligence or skill you have. When it comes to getting the best results, confidence is an absolutely critical “must-have”.

I am very talkative in this blog and share my thoughts, but, in the company of friends or occasional strangers, I am more observant and don't talk much.

What I like to do is observe people's behavior and recognize who is who. What this person is all about?

Does one have an inferiority complex? If yes, how does it project itself? Does that particular person have self-confidence? How can you recognize it?

When the man with self-confidence is talking, he is not raising his voice, he has valid and well-thought arguments, he is not trying to interrupt another person's monologue, and he projects the assurance in his own brainpower.

Contrary to that one, the man with an inferiority complex will try building the "smokescreen" that will project his imaginative mental power while trying to hide his weaknesses.

The list of weaknesses can be so long, man, you would be surprised!

It could be as simple as jealousy: a feeling of unhappiness and anger because someone has something or someone that you want but don't have.

Like younger brother feels that he is not so significant as his older one. Like someone has a bigger house or luxury car but you hate that fact. Like someone can get any chick he wants but you don't. Like someone is making a ton of money but you live from check to check.

How do people create the so-called "smokescreen"?
- By trying to be in the center of attention to hide own insignificance;
- By raising a voice during arguments;
- By interrupting the conversation of other people and inserting their own comments, so the attention is switched to his persona.
- By telling hard-to-believe stories about himself and lying about his own success that is probably impossible to verify;
- By trying to look and behave like "macho" that is so obvious to everyone. Real macho doesn't need to display it. For him, it is a way of life.

Very often, if you see someone who is behaving like a jerk, you know what I am talking about: the “smokescreen” and the lack of self-respect.

Do you recognize any of described above behavior in yourself? If the answer is yes, I would recommend you accept this fact seriously and think hard about how to change it.

Start it today. Start it now!

Like the article? Become a club member for free and get notified about the new posts. 100% spam-free!