Disgusting media. Be aware and be smarter! 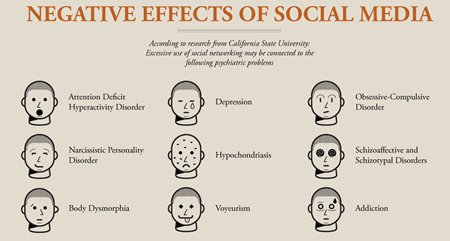 Guys, we are living in the same world as we have been living, let’s say, 10 years ago. However, one thing in our life has changed dramatically.

And this one thing is the U.S. media. Yes, online sites, TV, social media sites – all of them – contribute to paranoia with partisan competition for power. Since GOP won the election to an enormous upset of the Democrats, the stream of negative news prevails at most of the media outlets.

Journalism as it was before has disappeared. Instead of honest and non-biased coverage of the news, the media pushes prepared propaganda, carefully crafted coverage, or pure fake news down into your throat 24x7 just to achieve the predetermined political results by shifting your political views and getting you angry.

You may like or dislike the current President but agree that the war announced by the Democrats in his office has reached an unprecedented level. The hate that is spewed from the screens worries me and should worry you, too.

All of it drives many people crazy. And it’s not a surprise. Negative media affects society. The media is absurdly unbalanced. The numerous surveys confirm that over 70% of the news is negative!

Jon Gordon, an international best-selling author, said,” A society in a state of depression can’t think its way out of a crisis.”

People are being brainwashed by the onslaught of negative media. Claude Levi-Strauss, an anthropologist, studies shows that there is an increase of neural firing in the brain when shown negative media. This means that our brains are triggered more by negative media than by neutral and positive media. The overwhelming negative media is causing people to see the world negatively.

According to neuroanthropology.net, “The news is a mirror in which millions look every night and what they end up seeing in the reflection is a life in imminent danger.”

People don’t need to be so overwhelmed with negative media. More positive and neutral media is very important so that people can start viewing the world more positively. Due to all the negative media people are learning to see the world negatively.

According to some psychologists, exposure to negative and violent media may have serious and long-lasting psychological effects beyond simple feelings of pessimism or disapproval. The work of British psychologist Dr. Graham Davey, who specializes in the psychological effects of media violence, suggests that violent media exposure can exacerbate or contribute to the development of stress, anxiety, depression, and even post-traumatic stress disorder (PTSD).

“Negative news can significantly change an individual’s mood — especially if there is a tendency in the news broadcasts to emphasize suffering and also the emotional components of the story. In particular... negative news can affect your own personal worries as more threatening and severe, and when you do start worrying about them, you’re more likely to find your worry difficult to control and more distressing than it would normally be.”

According to Davey, the way that negative news affects your mood can also have a larger effect on how you interpret and interact with the world around you. If it makes you more anxious or sad for instance, then you may subconsciously become more attuned to negative or threatening events, and you may be more likely to see ambiguous or neutral events as negative ones.

Those facts are known to those who manufacture the news but they don’t care about your well-being – they care about their political outcomes.

It's not the theory, guys. I have been seeing it in my own family. I felt it myself, and I am sure that the media has the same effect on you.

As soon as I have recognized it, I have limited time to spend on TV or Internet news to a bare minimum. I don’t want to waste my life on “spiders in the jar” who fight for political power in Washington. I have a better idea.

Extreme negativism has born the monsters of political ideas (old and new). I don’t want to even discuss Sanders with his sick socialism-communism ideas, but the new face like Alexandria Ocasio-Cortez is getting the same level of coverage as the President (thanks to a sick media that sells the “hot” news) is pure extremist. Even those people who are tolerant of her ideas are saying that “it is too extreme”.

To my opinion, the new faces in the DNC that are heavily promoted by the media are the ticking bombs.

The “divide and rule” moat is an old strategy for any politician who wants to hold the power. I guess the media is getting a score of 1:0 against the population. An NBC News/Wall Street Journal recent poll found that nearly 70% of Americans have negative opinions about the state of the nation.

When respondents were asked to use one word, to sum up, their feelings, the most common examples included "declining," "disarray," "turmoil," "downhill" and "disaster." By a margin of more than 2-to-1, respondents said the U.S. is headed in the wrong direction. Only 28% responded that the U.S. is on the right track.

Even the former U.S. Attorney Joseph diGenova recently proclaimed on Fox News that "Civil discourse in this country for the foreseeable future is over... It's going to be total war."

That's pretty shocking when you think about it! Let’s see what the reality is.

Here is what A. Green said in his recent newsletter:

“Let's take a look at the state of the nation today:

Could someone please tell me what the heck Americans are so angry about?

Yes, I know, Donald Trump is a polarizing figure. But he will be gone in two or six years. And our republic will still be standing. “

Can you, guys, call it a “total disarray” as mostly the Democrats describe the nation today?

I am independent of any party and don’t take either side. What I see is total disarray in Washington DC where the politicians are busy searching for the weak spots in the opponents instead of serving our citizens.

Every day, there is a new investigation or class action. Every day, there are new disgusting ideas, comments, or tweets from both political parties. I am personally sick of it. The non-stop negativity in the news helps media outlets attract viewers and make money. But what we get in return is an entirely unjustified pessimism.

My suggestion to you: don’t waste your time reading and watching the news or it may affect your well-being (if not already!). Concentrate on your family and friends, on your physical condition, on your hobbies and sports, on your education and self-control, and, of course, don’t forget about leisure time! As you see, there is a lot of things to do beyond watching those “spiders in the jar”.