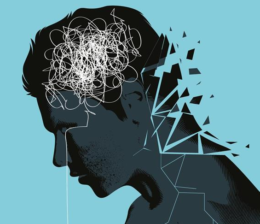 I am back from the funeral home.
The 28 years young woman has ended her life with a drug overdose.

What can I say? It was a heartbreaking experience to see her husband and the big family got devastated by the death. It was not the trash girl. In fact, it was a very bright, good-looking woman who loved life, was an outstanding wife, and the most painful was an amazing mother to 2 years old baby.

How could it happen? Probably the same way it happened to hundreds and even thousands of victims of various drugs. When you experience the pain that radiates from people who have lost their loved ones because of drugs, you think that our nation should build not only one wall but double and triple walls. The drug cartels that take away the precious lives of our young daughters and sons must be stopped.

If it was not enough, I have learned the same day that there were 47,173 deaths by suicide in our country just in 2017 along with estimated 1.4 million suicide attempts.
Yes, life is sometimes very stressful but should we look for this kind of "exit"?

I don't have the data on how many men were among those deaths by suicide.
What was the reason behind it? Terminal illness? Financial crash?
Broken marriage? Or just loneliness?

I can understand when the person is terminally ill and doesn't want to extend suffering... It is heartbreaking but still understandable.
I can even understand when some poor soul has suicide attempts under drug influence.

However, every other cause that forces one to end one life abruptly is simply the lack of character.
Especially it's true if that person is a man.

Every man, starting from a young age must work on building confidence, character, toughness, and resistance to unpleasant surprises in life.
I don't know even one man who had flawless life. We all are coming through multiple problems, troubles, tough situations when we have to jump over or break the barriers on the road to our happiness.
I don't need to count them here since you can recall yours.

At our young age, we think about future life as a continuous sunny day, yet, every person learns earlier or later that life sucks. It takes a strong character to hold your ground.
What if you don't have strong character; what if you are not that tough?

Don't be discouraged with those difficult moments - don't give up on the first problems. You are still the man! It’s not the time to drink or take the drugs in an attempt to shy away from the problem. Instead, look in the mirror and you will see the man who CAN, the man who WILL, and the man who WINS.

Now is your time to fight the problem, to find the solution, to keep your mood in balance.
Remember that time is the best doctor but also remember that you are solely a builder of your happiness.

Suicide is not only ending the life of a person but also is exposing them to the loss of 135 people on average,  in accordance with a study by the American Association of Suicidology.
Most of all, your family is suffering. It's like a life sentence dealing with the consequences of death by suicide.

The man's man won't choose to end his life that way. It's a sign of weakness (let's exclude the terminal illness), it's a sign that the tough situation was not taken under control. YOU should manage your life. Do not allow circumstances to kick you out of your way to live. Do not let derail your train.
Let the tough situation be your learning experience on a way to full confidence in your abilities.

I know, it's not that easy but if you consider yourself a man's man, or, perhaps, you want to become one, you should resist to temptation to give up.

Be stubborn. Be tough. Be resourceful. Keep yourself in balance.

You will tell yourself thanks later for handling the situation like a real man.