Social Media as a Technological Terrorism 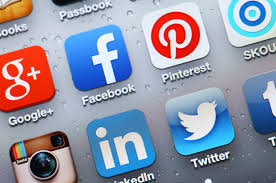 Every vendor tries to capture your attention and keep you as a POW as long as possible. The biggest danger in social media is for our kids who are susceptible to online hate, bullying, drugs, mental disturbance, so-called suicide rooms, online crooks and abusers, not to mention severe addiction to
phones.

Kids live in the underground world, having secret accounts from parents in the forums which you would rather protect your kids against.

Even in the gym, the teenagers cannot unhook themselves from the phones. Endless browsing and texting... zombies!

Their world is shrinking to 4-6 inches screen.

Two nights ago, we had a dinner at the Thai restaurant with our friends and their two daughters, both in their age of mid twenties. Guess what? As soon as we seat around the table, they... right, disconnected themselves from all of us and dived into their phones.
They are not teenagers anymore.

"Brain scans of children who are heavy users of smartphones, tablets and video games look different from those of less active screen users, preliminary results from an ongoing study funded by the National Institutes of Health show, according to a report by “60 Minutes.”

That’s the finding of the first batch of scans of 4,500 nine- to 10-year-old. Scientists will follow those children and thousands more for a decade to see how childhood experiences, including the use of digital devices, affect their brains, emotional development and mental health.

In the first round of testing, the scans of children who reported daily screen usage of more than 7 hours showed premature thinning of the brain cortex, the outermost layer that processes information from the physical world.

Did someone say that social media is a progress? Just think how much of their life time is being wasted on reading someone's posts and watching pictures.

What king of progress is it?
It is a sickness.

Do you have the same problem, guys? It is time to rethink how you spend your life time.