You Can Become Wealthy if You Don’t Listen to Naysayers. Part I. 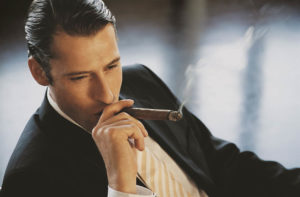 If you think that to become wealthy you need to inherit wealth or win the lottery, you are right. However, what is the chance you can win or inherit? Correct, close to absolute zero. Not many men have inherited millions and even fewer people won the lottery. The sad fact about the lottery winners is that almost each of them loses money in the end. But let’s discuss it separately.

The statistic clearly shows that the vast majority of wealthy Americans got their wealth by following a specific formula: learning a financially valuable skill, working hard, saving regularly, and investing wisely.

Liabilities include your mortgage loan, car loan, and any other debts.

Many of you might know the book of Dr. Thomas J. Stanley, a commonly praised researcher who spent his professional career studying how Americans achieved their financial success. The Millionaire Next Door: The Surprising Secrets of America’s Wealthy. The author confirmed that while there are some inheritances or money gifts, most of the millionaires are self-made (about 80%).

As I have learned, his daughter Sarah has continued the work in the same direction. She took her father’s findings and added her own (she is a President of the DataPoints – the company that has studied wealth accumulation).

Just to name a few things that the rich guys DON’T DO:

To add to this, I heard many complaints that the economy is rigged by the rich elite and the average Joe doesn’t have the chance to thrive. And, most of all, that there is a wide gap between poor and rich that is expanding daily. So, what should Joe do? Just to complain and look for excuses?

Let’s analyze why some folks are rich but most of them are not. And while we discuss it, I hope you will absorb it with your mind and learn by heart.

As I have mentioned above, most of the people who have a net worth of a million dollars or more did not get it for free or due to good luck or good genes. They were not born with an Einstein-level IQ. They did not have privileged connections with important people.

What they did it following several important and proven principles/rules to build wealth and, ultimately, financial independence. You can buy the mentioned above books and discover that the rules are simple enough and can be applied by the average Joe. 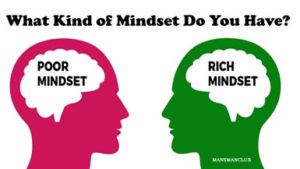 I cannot emphasize more on the #1 rule. Choosing the right occupation is a defining factor for your future wealth.

Years ago, we have discussed with my son what occupation to choose and what career he would like to have. As any young male, he had some idealistic ideas like researching the field of medicine.

I told him that it is fine to dream but the reality of life dictates something different. He would spend a ton of money and time to get his Ph.D. in the corresponding field and then would depend on the grants from the government while receiving low compensation.

So, my son told me in the best way the teenagers express themselves: “I’d rather live on low compensation than do something I don’t like”. Smart fellow, isn’t he?

My response was simple. I told him that when he will have the family, he will work for the salary full time, and then, after work, deliver pizza until midnight just to get a few extra bucks.

In short, years later, he has switched to the IT field after taking two years in college with medicine as a major. Today, he is earning sizable money and is on a way to financial independence.

2. Live well below your means.

When you have a tight budget in the first years of your working age, you get used to spending less and buying only must-have items; do smart shopping with the coupons and prepare the food at home instead of spending money in the restaurants or eateries daily.

Over the years, your habits might change as your earning grows, but still, I hope you spend only as much as it is necessary for living and don’t waste money on expensive items like luxury cars and vacations.

My old buddy who is still working as a computer programmer has ignored that rule. He bought an expensive house but if it was not enough (considering the size of his mortgage loan), he spent about $100,000 on home decoration.

Sure, his house was looking amazing… but did he think about the future, about coming retirement when no earning is on the horizon? Guess what? The guy has lost his job, and for a while had financial hardship until he was hired but with lower compensation.

Living below your means is a base for saving and investing. I know that Warren Buffet (the man who has more than enough) still drives old Chevrolet because he doesn’t have to display his wealth. For him, the car is just four wheels that deliver him from one point to another.

And now, we come to the next rule:

Can I afford to drive a Mercedes or Porsche? Yes, indeed. Yet, I don’t need it because I like spending money efficiently and I don’t have any personal problems that would force me to buy an expensive car just to show that I am doing very well.

I don’t need an expensive car to feel confident. I am confident enough without displaying my social status.

Hey, man, I understand that it is fun driving a new Mercedes. But I bet that you will mostly enjoy it in the first one-two months. After that, you won't even think about what car is it, unless you get something broken and will be shocked to learn how much does it cost to repair.

Instead, I am driving Subaru that proved to be a very reliable, safe, relatively inexpensive car with every technical feature I wanted in it.

Time and energy are the most important components. You must learn a lot about investing. It takes time and your serious efforts to acquire the investment skills. If you think it is too much and you won’t be able to do it, you are giving up to those naysayers who have the same approach.

Maybe I am a strange creature but I can’t sit and do anything. I have to learn, I have to create, I have to write notes, and I have to store files that contain important information. You live and you learn. Never stop it, no matter what your age is.

If other people were able to follow the rules of building wealth, you can do it, too. Do not doubt your abilities. Write your goals on a list of paper and stick it to your fridge. Do one small step toward your goals daily, and you will be surprised later!

Read the books, learn from other successful investors, get involved in the social groups that target investments. Choose what you feel is the best choice for you.

I, personally, have started with Real Estate investments. It proved to be the best step I could do for building financial independence.

I have invested my time in learning about buying the properties with minimum down payment, getting decent tenants, maintenance tricks, and how to handle all kinds of tenants. I am going to share my experience in the coming articles.

I don’t have to explain it in detail. It is self-explanatory. If you don’t want to be the slave of your children who suck your money away over and over, educates them properly. Let them earn enough on their own, so, you will be able to concentrate on building wealth for yourself and your spouse.

It has been proven overwhelmingly that economically successful people make the right choices and develop habits that create and build wealth.

Beyond following the above rules, these habits include integrity, optimism, ambition, persistence, flexibility, and prudence.

So, why not every man is a millionaire? The rules and habits to follow are for ANY person. So, what is wrong with this picture?

In most cases, people either failed to develop the skills to earn a higher income or were reluctant to live beneath their means.

When I had a conversation about wealth around the table with some folks, one of them told us a story about the man who has followed the rules but was left with almost nothing after all.

Can it happen to you? Yes, indeed. You may marry the wrong girl who might strip you out from your wealth with a divorce (as it has happened to one of my old friends twice!). You may leave all your money in one basket and lose it (due to various unfortunate events) what is a “no-no” rule for prudent investing. You may, god forbid, get very sick or get involved in a horrible accident and spend your saving on medical needs.

Most of the unfortunate or unforeseeable circumstances can wreak chaos in your life. Still, it is not the reason to give up and become another naysayer. That’s why it’s always important to focus on risk as well as opportunity.