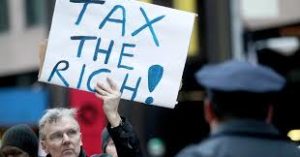 Yeah, I know, I know! You think I am crazy or one of those rich who I am trying to protect from the unfair media.

Not at all. I am just a regular mid-income guy. So, why am I writing this article?

I want your eyes to be more open to alternative opinions. I want you to look at the rich folks from my perspective, and maybe you will re-consider your commonly accepted opinion that every rich person (or, you may call it an “elite”) is a devil; that rich man is exploiting a poor one; that rich men are becoming only richer while not paying its portion of taxes; that big business who are run by billionaires are our country’s problem, so, let’s take their money and distribute among “less fortunate”…

We all get used to bashing the rich people but here is the news for you: not all of them are equal.

As A. Green mentioned (with my small editing):

“Without big business, we would not have...

You may argue that big business is a monopoly - that it chokes competition, raising prices like, for instance, Home Depot and Lowe’s (in my experience). The fact is that, after all, consumers are the winners. For instance, what do Google, Twitter, Instagram, Snapchat, Facebook, and YouTube all have in common?

True, it isn't easy to compete against "free" as a business model. But that doesn't mean competition doesn't exist.

If you don't want to do your internet searches on Google, for example, you could use Yahoo, Bing, AOL, or DuckDuckGo (the one I recommend to my readers), among others. But most of you don't, however, because - like most internet users in this country - you believe Google provides better search results.

Please don’t forget that business drives innovation. It creates jobs and provides worker training. It generates the profits that fund countless charities. And it pays billions in state, local, and federal taxes each year. Contrary to it, any government can only consume tax money and produce nothing. Nada!

Yet the left-leaning Institute on Taxation and Economic Policy complains that 60 major companies paid zero in federal taxes in 2018.

That sounds bad at first blush, but far less so on closer examination. For starters, no company owes a penny more in taxes than the law requires. Management, in fact, has a fiduciary duty to maximize profits for shareholders.

That doesn't mean just maximizing sales and keeping a sharp eye on costs. It also means managing the annual tax bite. The corporate tax code is designed to incentivize research, the formation of capital, and job creation. Many productive investments would not be made without the stimulus in the code.

The other factor - one that shows not just an anti-business attitude but gross ignorance about business generally - is that the list of 60 big companies that didn't pay federal taxes in 2018 included many that had net operating losses.

Hello? Companies pay taxes on profits, not losses. However, many people hold big business in disgrace because every misstep is immediately front-page news on TV or the Internet.

Is there anyone alive who doesn't know about Boeing's problems with the 737 Max or Facebook's pending multi-billion-dollar fine for violating customers' privacy rights? Here's a news flash. Businesses are run by fallible human beings. (As are governments and nonprofits.)

Sometimes they make mistakes, breach contracts, use poor judgment, harm individuals, or damage the environment. When they do, the transgressors should be punished.

But that doesn't make capitalism wrong any more than democracy is wrong when a congressman is found to have stacks of $100 bills in his refrigerator. Big business vastly improves our quality of life and standard of living. 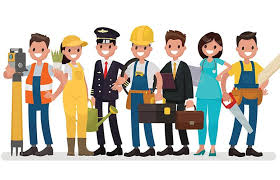 It provides jobs and creates investment possibilities. It delivers opportunity and prosperity.

Shouldn't we be singing its praises rather than tearing it down?”

I have a feeling that our nation is brainwashed by the media that makes money on scandals but not the positive news.

Have you noticed that the “national media gave generous coverage to the housing bubble, the financial crisis, the following stock market collapse, the Great Recession, the “flash crash,” the downgrading of U.S. Treasuries, the Greek default, the rise of the Islamic State (ISIS), the collapse of oil and gas prices, and the drawbacks of Brexit.

But how about the many positive factors that drove stocks to one record high after another – not just for months but for years? I’m talking about low inflation, rock-bottom interest rates, cheap energy, a stronger dollar, record corporate profit margins, historically low unemployment, and an expanding economy.”

Now, let me pick up some very rich people and see what they do for all of us.

A Forbes headline once asked: “Who wants to live forever?” It turns out that mostly everyone. You may find many arguments against it but if to live longer and still be in good health isn’t a great goal to have? So, to your surprise, not only do super-rich people want long lifespans but a good number of them are trying to do something about it.

While most people consider old age unavoidable, tech billionaires Peter Thiel, PayPal co-founder, and Amazon founder Jeff Bezos each consider dying unacceptable. They were the leaders that helped put together a $200 million cash infusion into a startup called Unity Biotechnology that does anti-aging research to develop drugs that eliminate old cells from human bones, eyes, and lungs – the cells that are thought to quicken the aging process in humans.

Other billionaires invested: Paul Allen and Venrock (Rockefeller family venture fund). Google co-founder Sergey Brin has directed his company to invest more than $1 billion in a longevity laboratory called California Life Company (Calico). He has also donated nearly $125 million to the Micheal J. Fox foundation for the study of Parkinson's.

Jeff Bezos has contributed to amazing service with Amazon.com. When did you have the convenience of delivery of any product you can imagine down to your doorsteps within 1-2 days (even on Sunday!)? Like clockwork! I use it for all household items. Do you know how many thousands of people are employed at Amazon?

More than 20 million Amazon speakers were sold to the public to make life more convenient. Many Americans are getting used to interacting with technology through voice commands. Innovation in the process…

With all the negative things about Facebook and Twitter regarding privacy, they are still one of the major platforms for people interacting with each other for free all around the world.

Warren Buffet is known for his generous donations to various good cause ventures. Should I mention Bill Gate’s Foundation that has invested billions into the research and development of important drugs that eliminate the most dangerous illnesses on Earth and help the whole nation to eradicate them? I could go on and on…

Wealthy people create food businesses, health care businesses, energy businesses, and so much more including generous donations to non-profit organizations. Should we be bushing them for it?

Only the rich can invest their enormous capital into a stock market (nothing to compare to regular investors like you and me). Why is it a good deal? Because having more money in the stocks allows companies to invest it into research and development and creating new products and services for the benefit of all citizens, rich and poor.

Only wealthy people can create big businesses that employ thousands and thousands of people. And believe it or not, they pay most of the taxes to Uncle Sam. If you don’t believe it, look at this chart: 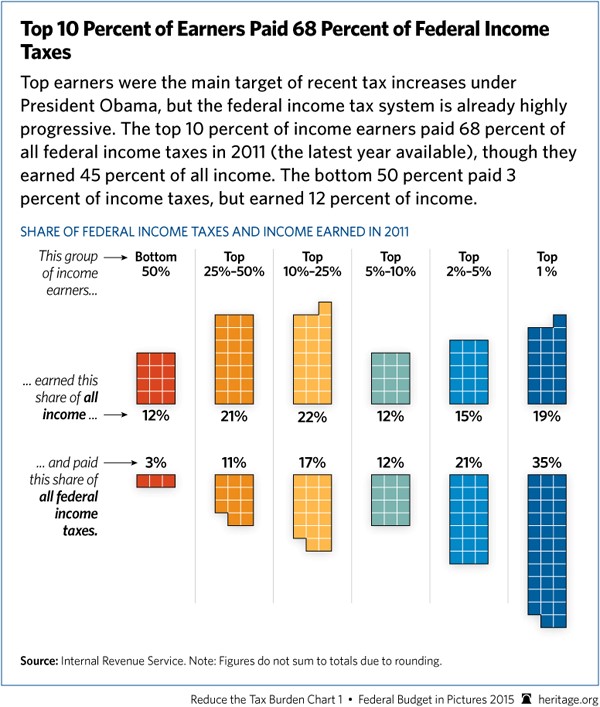 I hope I have given you some food for thought.

I don’t deny that there are people like Murdoch with his Ponzi scheme; unscrupulous businessmen, tax evaders who will earlier or later get caught and punished, most of the Hollywood actors who scream from the TV screen about poor people who need help but live luxurious lives wasting money on unneeded things (and in reality don't care about those who are in needs). Some big pharmaceutical companies charge unbeatable prices for their drugs. Yes, I know all of that.

Yes, there are some… but consider that we are all humans with our good and bad intentions.

My point is that some party leaders want to take the money away from the rich, as much as possible, to finance their unsustainable dream projects without regard that it will make our country poorer in the long run.

Just look at France where the socialist government applied huge taxes on the rich. The result? Many wealthy people have emigrated oversees and took their fortunes with them. Was it good for the French population after all?  Did they get more jobs available? Did they get more successful businesses that could produce the goods and pay high taxes? That policy has made France poorer. Do you remember the strikes in Paris and other cities when the government has announced even higher taxes? Do you remember what Margaret Thatcher said about socialism?

Not being a fan of Trump's personality and his Tweets, he did the right things to revive the economy – he has slashed the taxes and removed many unneeded regulations, so you see the result today. I am not an economist, and I don’t know how it will go in the long run, but, perhaps, these days the economy is in full steam (if it won't be screwed up with the taxes on China's products).

Let’s not be stupid and think about the big picture.

Some wealthy people say the most important thing about being rich is that it allows them to give back or help the poor. This is one of the human needs to feel satisfaction in life.

If you have any comments, e-mail contact is at the bottom of the page.